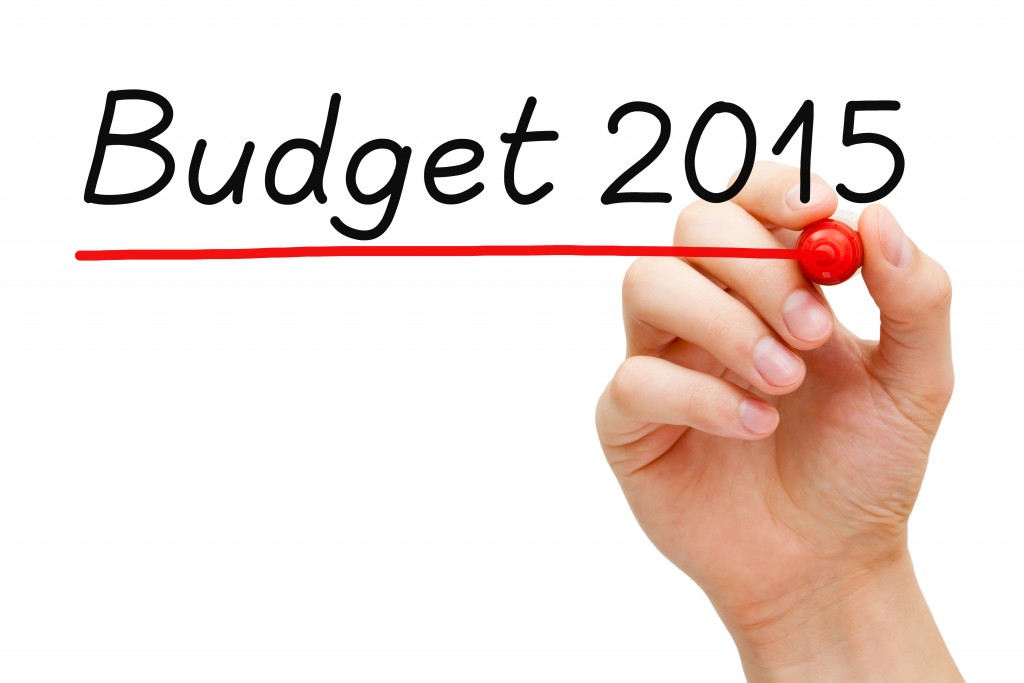 I’m sure everyone was glued to the TV during the Budget speech last week, hanging off of George Osborne’s every word. However, on the off-chance that you weren’t (although I can’t think of any possible reason why that would be the case!), then the good news is that we here at Howlader & Co HQ were paying attention, and can offer you some analysis and our view on the more important changes that were announced during the first purely Conservative Budget for nearly 20 years. So let’s begin.

Apparently the Conservative government decided that the minimum wage was in need of a rebranding, because one of the Budget’s major talking points is the new ‘National Living Wage’ that we have been given. Applicable only to those over 25, this represents a 70p rise over the current hourly rate. If the plan to raise it to £9 by 2020 is adhered to, then the £2.50 increase over the next 5 years will be over 4 times greater than the rise seen over the previous 5 years. However this also represents an increase in costs for employers, which may result on job cuts or a reduction in hours offered to employees. It may also see businesses choose to hire employees below the age of 25 when possible in order to avoid the higher wages.

Our view: Overall, we think that this is good news.

Whilst an increase in the tax-free personal allowance is not a surprise, the amount by which it has risen is a small one, as according to the last Budget it was not expected to rise to £11,000 until 2017/18.

Our view: Needless to say, we think that this is good news.

Our view: This is a welcome change, although it seems as though it was only increased in line with inflation.

Whilst George Osborne claims that these changes would mean that around 85% of investors would pay less tax, those who receive a significant amount of their income via dividends, such as contractors, may see a significant increase in their tax bill.

Currently, wealthier landlords receive tax relief at 40% and 45% depending on their income. By only allowing them to claim 20p for every £1 spent on mortgage interest payments, this change will see them paying higher taxes. This is likely to result in increased rents for their tenants, as the higher ‘costs’ are passed on. It may also have a wider effect on the property market if the number of people looking to buy-to-let as an investment declines and current landlords decide to sell as the reduced profits mean it is no longer worthwhile.

Our view: this is bad news as it punishes those who have saved responsibly and invested in property.

Under the current system, landlords of residential property are able to deduct 10% of their rent from their profit irrespective of their expenditure. If landlords were not using the full amount of this allowance on improving the property (and I suspect there may be quite a few who fall in to this group!) then they will see their profits and therefore taxes increase under the new system.

Our view: this could be bad news if landlords opt to avoid the hassle of proving their costs are valid and thus choose not to furnish their properties.

Previously, individuals only received the first £4,250 of income tax free; a figure which has remained the same since 1997. Therefore this change may encourage people to rent out some of the 19m unused bedrooms that SpareRoom.com estimate English homeowners have. Companies such as SpareRoom and Airbnb are capitalising on the popularity of the so-called ‘sharing economy’, and this announcement could see a rise in demand for their services.

Our view: good news, although it is long overdue.

For every £2 of adjusted income over £150,000, the limit on the amount of money that can be contributed to a pension tax-free reduces by £1, down to a minimum of £10,000. However, if your income excluding pension contributions is below £110,000, then you will not be subject to the Tapered Annual Allowance. The Budget suggests that less than 1% of taxpayers will be affected by this change, however it is an unusual change given the government’s recent stance on encouraging people to save by introducing auto enrolment and increasing ISA allowances.

Our view: this is bad news as it punishes those wishing to save.

This change was unexpected and, once it takes place, the UK will have the lowest corporation tax rate in the G20 (assuming no other countries reduce their rate before then). Whilst this will be beneficial to all companies, for small businesses it may not be enough to offset the increased cost of government-mandated pay rises.

Our view: good news, especially as it applies to businesses of all sizes.

The Budget claims that the increase to the NICs Employment Allowance will result in 90,000 employers seeing their NICs liability reduced to zero. With small businesses likely to be particularly affected by government-mandated pay rises, this change, along with the cut to corporation tax, may help to offset the increased costs.

Our view: this is good news!

This change is yet more bad news for contractors, who will also suffer as a result of the dividend tax system revamp, but aligns with HMRCs aim of wanting people to register as self-employed rather than incorporating.

Our view: on first look this is bad news, although we question the impact it will have.

This is the AIAs highest ever permanent level, and will be welcome news to small- and medium- sized business. Whilst the AIA is currently £500,000, it was due to be reduced back to £25,000 after 31 December 2015. The government has committed to maintaining this level of AIA for the rest of this Parliament, which provides security to businesses and will enable them to plan investment over a number of years.

Our view: this is good news, particularly because it will put an end to the fluctuations that have become too common.

Non-domicile status has received considerable attention in the headlines, despite the fact that only 114,800 people claimed the status in the 2012-13 tax year. The government has suggested that the new rules will bring in £1.5bn of additional tax revenue, although some of the non-doms currently residing in the UK may well be looking to relocate elsewhere rather than face a hefty tax bill, meaning this figure may need to be revised down.

Our view: these seem like reasonable changes and should make the system a little fairer.

Whilst this change will not see the cost of individual insurance policies rise dramatically, across the various types of insurance that the average person/family has, it is likely to be a noticeable increase.

Our view: although the resulting increase in tax bills will be small, we would prefer not to see any increase to begin with!