The Taxes of Transfer Fees

The new season of the Barclays Premier League is nearly upon us, which means that there are only a few weeks left for managers (or owners who think they are managers) to splash some cash on a marquee signing or two before the transfer window shuts. Given the extremely large amounts of money that can change hands when a player moves from one club to another, the topic of taxes will invariably be brought to the fore once again. 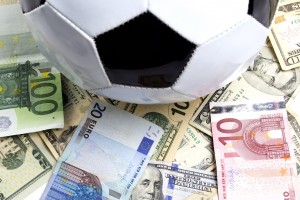 On this occasion, Michael Cross sent a letter to the Financial Times in which he suggested that a capital gains tax should be introduced on transfer fees. He also proposed that the money raised through the tax should be spent specifically on sports investment at school level, and, here’s the twist, that the tax should be paid by the purchasing club in an attempt to encourage teams to develop their own talent rather than poaching it from elsewhere.

This letter piqued our interest, so we here at Howlader & Co decided to delve in to the accounting of transfer fees as they currently stand (we are fun at parties, honest). We discovered that corporation tax, which is effectively a company’s capital gains tax, is already levied on the gains or losses that a club makes when it sells a player, although, as one might suspect, it is the selling club that is subject to the tax.

Players are classified as assets via their contracts (also called registrations), which are amortized to nil over their length. For example, if a player is purchased for £50million on a five year contract, the asset will be reduced in value by £10million each year. If a player is sold, the gain or loss is determined by comparing the fair value (the market value of the player) with the carrying amount (the value for the asset as on the balance sheet at that period in time). Using the earlier example, after two years the carrying amount for the player is £30million. If they are then sold for £40 million (which we shall assume is the market value), the selling club is deemed to have received a gain of £10million from the asset. This is reported on the profit and loss account as profit and is thus subject to corporation tax.

Therefore, whilst we understand and can see the benefit of Mr Cross’s proposed quasi-stamp-duty-come-capital-gains-tax in promoting the development of in-house youth talent, we would like to reassure him that the tax on transfer fees is being paid, or at least accounted for!