HMRC and the incorrect Inaccuracy Penalty

The case of C J Palau & R C Loughran v HMRC [2015] UKFTT 0038 is an excellent example of how consulting an accountant could save you time as well as money.

C J Palau and R C Loughran decided to convert a property that they owned in to flats which they would then sell on. They wished to make use of the DIY housebuilders scheme, which they believed they were eligible for having contacted HMRC via their helpline.

The DIY housebuilders scheme allows people to potentially claim back input VAT on some of the costs of building a home (be it a new or converted property), providing it will be used by them or their family to live or holiday in. Therefore Palau and Loughran were not eligible due to the fact that they would be selling the properties upon completion. However their prior communication with HMRC led them to believe otherwise, so they submitted the relevant form with all the questions answered truthfully and then listed the VAT they wished to claim back. 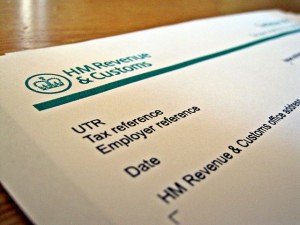 Upon returning the form to HMRC, their claim was correctly rejected, however it also came back with an unwelcome penalty of £1408.49, which had been imposed because of a supposed inaccuracy that lead to a potential loss in tax revenue (see FA 2007, schedule 24 paragraph 1). Understandably Palau and Loughran appealed against this penalty, as although they should not have submitted that particular form, all the information they provided was correct. One crucial example was that in response to the question ‘Are you intending to live in the property you are claiming for?’ they selected ‘No’ and added that the properties were for resale.

The First-tier Tribunal (FTT) allowed the appeal and ruled that Palau and Loughran should not have to pay the penalty, as there was no inaccurate reply that could lead to a potential loss in revenue for HMRC. The judge added that the argument for the penalty resulted in the “logical absurdity that the appellants’ accuracy in the completion of a form designed to check eligibility under the scheme gives rise to a penalty for inaccuracy.”

The correct course of action that Palau and Loughran should have taken from the beginning, and what they eventually ended up doing, was to register for VAT and then claim back any input tax. In the case of building new homes or converting existing properties into dwellings for the purpose of resale, this actually allows more input tax to be reclaimed. This is because under the DIY housebuilders scheme, it is not possible to claim back the VAT on costs such as professional fees (e.g. architects or surveyors).

With regards to this case, a qualified accountant could have spotted that Palau and Loughran were not eligible to claim back VAT via the DIY housebuilders scheme, and therefore wouldn’t have sent off the form which led to the penalty. This would undoubtedly have saved them time and avoided any undue stress caused by the ordeal.